Poland: “We will not hand over planes to Kyiv”

Poland has officially closed the door to the possibility of supplying Ukraine with some of its aircraft, an idea that Washington has nurtured. “We will not send our warplanes to Ukraine because we will not allow our airports to be used. We are helping in many other areas,” an advisor to Polish Prime Minister Mateusz Morawiecki wrote on Twitter. 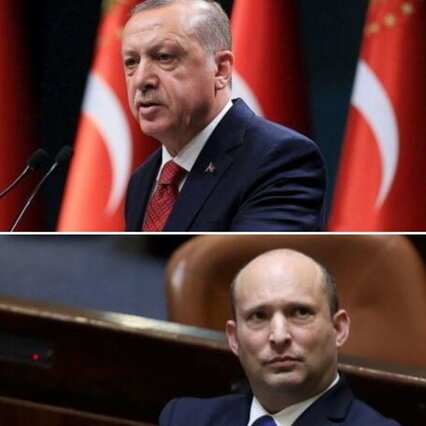 Meanwhile, Minister de Maio reiterated in “Che tempo che fa” that “if we establish a no-fly zone as requested by Ukraine, this means sending our fighters to stop the Russians, and if only one of our planes is shot down, a third war breaks out because we must respond.” We must support the Ukrainians by creating humanitarian corridors, across the diplomatic table to reach a cease-fire, and allow them the right to defend against an asymmetric force, but we must avoid a war that would destroy the whole continent even with decisions like saying no to a region. Flight ban.

Zelensky’s new attraction to the West It was Ukrainian President Volodymyr Zelensky who once again asked the West to impose a no-fly zone in the skies of his country: “We ask you every day a no-fly zone, if you do not give it to us, at least give us planes to protect us ”, otherwise “you also want them to kill us slowly”. Meanwhile, Draghi listened to Zelensky on the phone and affirmed “Italy’s support and assistance to Ukraine and its residents”, as well as his “support for his belonging to the European family.”

See also  What were Kazakh soldiers doing in the UN peacekeeping forces?