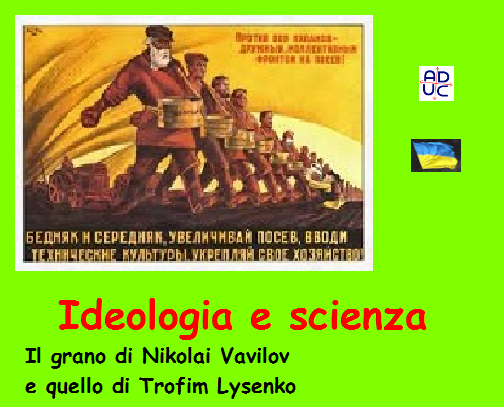 Humanity has always struggled to get enough food. The world’s population aspires to have sufficient food for current and future generations by setting high ethical goals in the name of environmental, social and economic sustainability. However, every now and then, someone wages a war to seize the resources and land to grow wheat while many seekers are looking for other ways to feed the whole world.
Already in the first decades of the twentieth century the Soviet world Nikolai Ivanovich Vavilov (1887-1943) postulated that the cultivation of plants originated in geographical areas with the greatest concentration of genetic diversity. Travel all over the world collecting plants and seeds to increase agricultural production using breeding techniques known in the West. Diversity and genetic improvement were factors to increase agricultural production, especially of wheat. After the October Revolution, even “bourgeois” scientists like Vavilov had a certain amount of freedom of action in the Soviet Union because they were useful to the revolutionary cause. Vavilov was the head of the All-Soviet Institute of Plant Breeding, where he conducted important research in the field of genetic improvement. The Stalinist regime needed immediate results to fight the starvation of the population who found themselves in miserable conditions after the end of the First World War. The communist regime imposed revolutionary doctrines on everything, including science, in the name of revolution. If Darwin had discovered the laws of evolution of species, then Marx had determined the laws of history: so communism was a science. 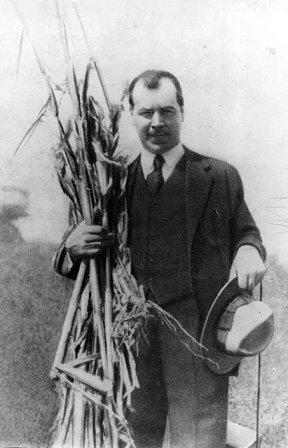 In the 1930s, while Vavilov was developing his own genetic theories, Stalin imposed a totalitarian regime in the Soviet Union. No ideas other than those of the Communist Party were accepted. Immediate and pragmatic interests prevailed, and a reform plan of immediate industrial development was imposed on the economy. The Vavilov Institute was given the goal of providing more productive varieties in less than five years. A fierce scholar and above all a political rival to Vavilov, Trofim Denisovich Lysenko (1898-1976) held very different ideas about improving plants. He argued that the diversity and adaptation of plant species simply depend on responses to changes in external factors, according to the French Jean-Baptiste Lamarck’s theory according to which characteristics acquired through environmental changes are transferable. So Lysenko suggested adopting seeds to increase grain yield and solve the problem of starvation. It was sufficient to subject the seeds to cooling techniques so that the wheat germinated quickly, even if it was sown in the spring and not during the winter. However, the confrontation between Vavilov and Lysenko took place not at a scientific level but at an ideological level, which erupted dramatically during the annual meeting of the Soviet Academy of Agricultural Sciences in 1936. It was the clash between the genetic theories of the monk Gregor Mendel and the scientific principles of Ivan Michurin based on dialectical materialism that She saw the farming practice of millions of Soviet peasants as the basis for productivity improvements. Mendelian theory was accused of being “idealist and ‘metaphysical'” because it was based only on a few laboratory experiments, bourgeois and capitalist, without real campaign testing. Lysenkost’s theories prevailed and were espoused by the Stalinist regime. Geneticists who used the methods of the international scientific community were considered reactionaries and fascists, imprisoned and silenced. Nikolai Vavilov, after a violent ideological debate, was accused of being an enemy of the people, was arrested in 1940 and sentenced to death, without execution.He died in prison in 1943 of pneumonia and was rehabilitated only in 1955. 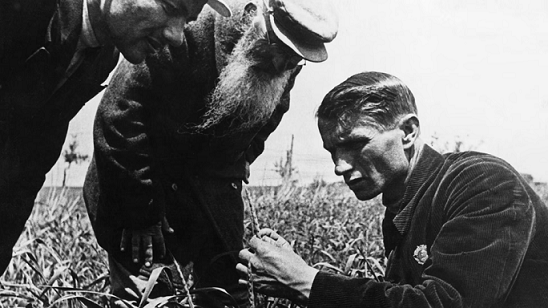 The Italian communist intelligentsia were not far from this controversy, they divided themselves into two opposing camps, one timid and the other more aggressive. Shy people mostly avoid prejudice. The Italian Communist Party (PCI) forbade discussion of the issue in sections, but elitist discussions were present, in fact justifying the purges by scholars. The faithful defended Lysenkoism in the name of the spread of ideology over science. Emilio Sereni, an eminent agricultural scholar and party man, supported the partisan nature of science and the need to remain loyal to the USSR. Those who opposed Lysenko’s theories were expelled from the party as reactionaries and adherents of imperialism. Even Italo Calvino – certainly a sensitive intellectual – in December 1948, a few weeks after Stalin favored Lysenko, wrote of unity: “In a socialist country, the progress of culture is inseparable from the common progress of the whole of society. The world must not propose science for science. It must The first criterion is “it serves or does not serve the development of the revolution”.
One wonders where we are today?

Here are all the official announcements from ADUC