In North Korea, the first two weeks of March are devoted to an activity plant trees: Citizens, agencies and organizations are invited to do so, which as the government explained must then undertake to take care of it “to ensure that no trees are killed” and to ensure that “lush forests grow over the years”. It is an initiative directly related to the reforestation policies wanted by dictator Kim Jong Un and it follows the idea conceived by Grandfather Kim Il Sung, the supreme leader of North Korea at the time, according to which he had to plant trees National and ideological value. However, in the country’s history, there were also periods of severe deforestation, which are often associated with subsistence issues.

Between the eighteenth and nineteenth centuries, with the steady population growth in the territory of present-day Korea, many trees were cut down to obtain wood for use in building and heating homes, but also to make way for new residents. centers and crops. Things began to change at the beginning of the 20th century, when the Japanese Empire, which controlled the territory at that time, began to encourage tree planting (foresting), claiming that they were not only valuable resources for building buildings or for obtaining firewood, but also places of symbolic importance. and spiritual.

In the early decades of the 20th century, Tokyo’s first modern city parks were designed, such as Hibiya Park and Meiji Shrine, but there were also reforestation initiatives in other parts of the empire, including Taipei (Taiwan) and specifically the territory of the two Koreas (called Chosen). in Japanese). Reforestation projects continued despite the economic depression following the global financial crisis of 1927: however, the trees began to gain special significance due to the anti-colonial sentiments that were increasingly prevalent among the population.

The person who expressed the high spirituality and propaganda value of the forests is the “Great Leader” Kim Il-sung, founder of North Korea, the father of dictator Kim Jong-il and grandfather of Kim Jong-un, as well as the “eternal” president of the “Democratic People’s Republic of Korea”, the official name of North Korea.

The origin of the Kim Il-sung family is uncertain, but according to a semi-official biography promoted by the North Korean government, the history of the dynasty is closely related to that of Mount Paektu, which is considered sacred. In these forests, Kim, as a young man, led a battle against the Japanese; Here too, always according to official accounts, was born Kim Jong Il, who was born instead in Soviet lands according to some Western sources.

Kim argued that the forest of Mount Paektu was his “natural fortress” and that its trees should be protected because they allowed the fighters to continue to resist, providing food, protection and spiritual strength. How Tell magazine PalladiumKim, who was president of the People’s Republic from 1948 to 1994, recommended not wasting timber and looking after trees: preserving the forest was, in short, a symbol of the struggle that would lead to the liberation of the Korean people. .

Kim continued to demand tree protection even after the end of the Korean War (1950-1953), which led to the division of North and South Korea and massive environmental devastation. for him “Big project to transform nature“It was envisaged to replace pine, oak and ash trees, which grow very slowly, with trees such as peach or walnut, which would benefit fruit and reduce pressure on the few lands that could be cultivated; in parallel, it was intended to develop systems of irrigation, fertilization and mechanization in favor of the development of Cultivation and increase in production The timber from the national forests can only be taken with the permission of the central forest protection authorities, and in any case it is necessary to replant the trees.

See also  It's a red weather alert with 200 km/h winds. There are dangers to Italy »ILMETEO.it

The reforestation projects initiated by Kim successfully continued until the end of the seventies, but then began to give less satisfactory results, also due to a general relaxation of the rules. At the same time, many farmers in rural areas have resumed felling trees for cultivation.

Things worsened dramatically with the dissolution of the Soviet Union, which led to an import and export crisis and an increasingly complex economic situation: North Korea found itself without the fertilizers needed to boost crop growth and without electricity to manage irrigation systems, for example, facing – also due to drought – a very serious famine It caused the death of hundreds of thousands of people.

In the village, the clearing was slowly being done to obtain the wood needed for heating and energy production. It appears that the priority of Kim Jong-il’s government (1994-2011) is no longer protecting forests, but ensuring the survival of the population and maximizing agricultural production, even if that means sacrificing trees for the sake of growing grain. 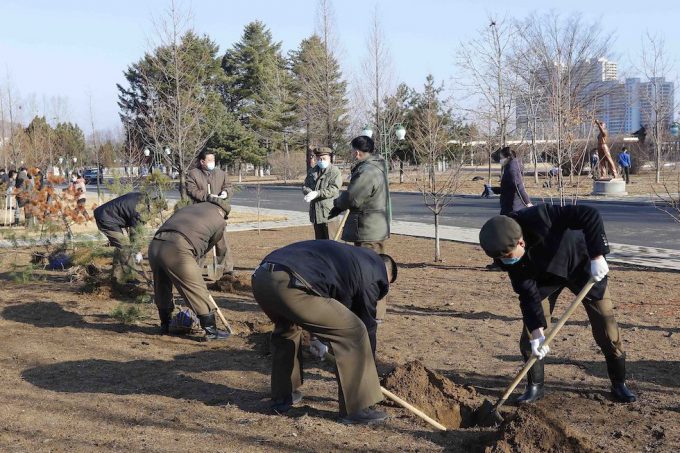 It was Kim Jong Un, who came to power in 2012, who resumed promoting forestry, explicitly citing his grandfather’s “environmental” project. in Speech In 2015, Kim addressed the Workers’ Party, the only one recognized in North Korean politics, saying that the country’s trees have been cut down for grain and firewood since the times of the “Hard March” (the name by which the famine was named in the 1990s), but in Often without appropriate indications from the relevant authorities. He also said that in the period of famine, the government authorities did not intervene to eliminate the causes that caused various floods in the country’s power plants: that is, they did not plant trees on the slopes of the mountains.

See also  '85% of prenatal checks are wrong': how many miscarriages are there?

Kim has introduced various initiatives to enforce the Forest Protection Act, agreeing to a 10-year plan for reforestation and land protection, aimed at preventing soil erosion and landslides: “We ensure that the green forests in our country’s mountains are rich,” he commented in his 2015 speech.

As some show Images captured by Google Earth Comparing the situation in some mountainous and rural areas between 2015 and 2019, it appears that reforestation initiatives have gone well, particularly in the area around the capital, Pyongyang, and in its province in the south of the country. in some cases Instead, it appears that some of the reforested areas have already been claimed by farmers.