A new date for the review of “Dinner with Science”.

“We knew we were privileged, given our ability to have access to not only healthy food in the right amount, but also very good foods. However, the world faces the problem of being able to feed a growing population with limited resources, so science is setting itself a goal of finding the right solutions. . Agnese Codignola The well-known science journalist, who has a background in chemical and pharmaceutical research, did not fail to emphasize it in his report “We’ll Cut Short: Will the Future of Meat Be in the Laboratory?” During which he expertly explored the topic of artificial meat in dialogue with a large audience present at the second date of A Cena Con La Scienza held on Friday 27 May at the Boschi Celati farm in Fossadello (PC). “Synthetic meat, that is, produced in a laboratory, is very different from ultra-processed foods that have nothing chemically to do with meat which is a possible method. Indeed, it is a fact that in places like Singapore are already seeing commercial development of chicken-based foods produced in labs. It is Technically chicken meat in all respects – Codignola explained – Consumer tests have found that people do not distinguish a product in the laboratory from one derived from a slaughtered animal.Religious communities envisioning certain methods of slaughter had to ask themselves whether or not it was a permitted food And I decided it was compatible, since there’s actually no slaughter. But the tipping point is that it’s a healthy food with very low environmental impacts. The future cannot ignore this science-defining possibility to feed more people with healthy food.” At the meeting, it was emphasized that man is a carnivore and therefore needs the so-called noble proteins. “In general, it is also in keeping with the idea of ​​the development of agriculture that modern forms of ‘agriculture’ should be evaluated, and thus without warning those in the laboratory which could be a sort of further development, in some respects, of agriculture itself are to be discarded– Michel Ludigiani, Coordinator of A Cena Con la Scienza – affirmed – even if we are all absolutely convinced that the quality of meat available today thanks to our cultivation and knowledge, which is both technology and tradition, will remain, perhaps even retaining an area of ​​excellence.This science makes its contribution to finding the noble proteins necessary for a diet Balanced, which also corresponds to the path taken by agriculture itself in the past, as it specializes and seizes the opportunities of the applied technology that guarantees us today “agriculture that values ​​and respects the environment while being productive.” Logic was, once again, food for thought in a capable advertising communication. On the realization that it is healthy foods that are not in fact, such as foods that are high in salt and added because they are over-processed, and as harmful ones that can instead seize opportunities identified by progress where GMOs were, in fact victims of los Unexplained media. That the future of the future could be insect meat in the lab is an idea that did not seem to impress any of the attendees who, in time, preferred to follow the traditional ways of the wonderful local cuisine offered by the farm.

The course, whose main theme this year will be the relationship between man, animal and food, will continue on June 17 at the farm of Vallone d’Alsino, with Don Mirco Dalla Torre who will approach the topic from a philosophical point of view, also through a critical analysis of the animal rights thesis. This will be followed by two meetings after the summer break: on September 9 Filippo de Praud will talk about the developments of very exciting research being conducted on the effects of calorie restriction in the treatment of oncology, to close at the end of September with Alberto Grande who will talk about what the “narrative” about food corresponds to reality And what results from the ambiguity of marketing.” 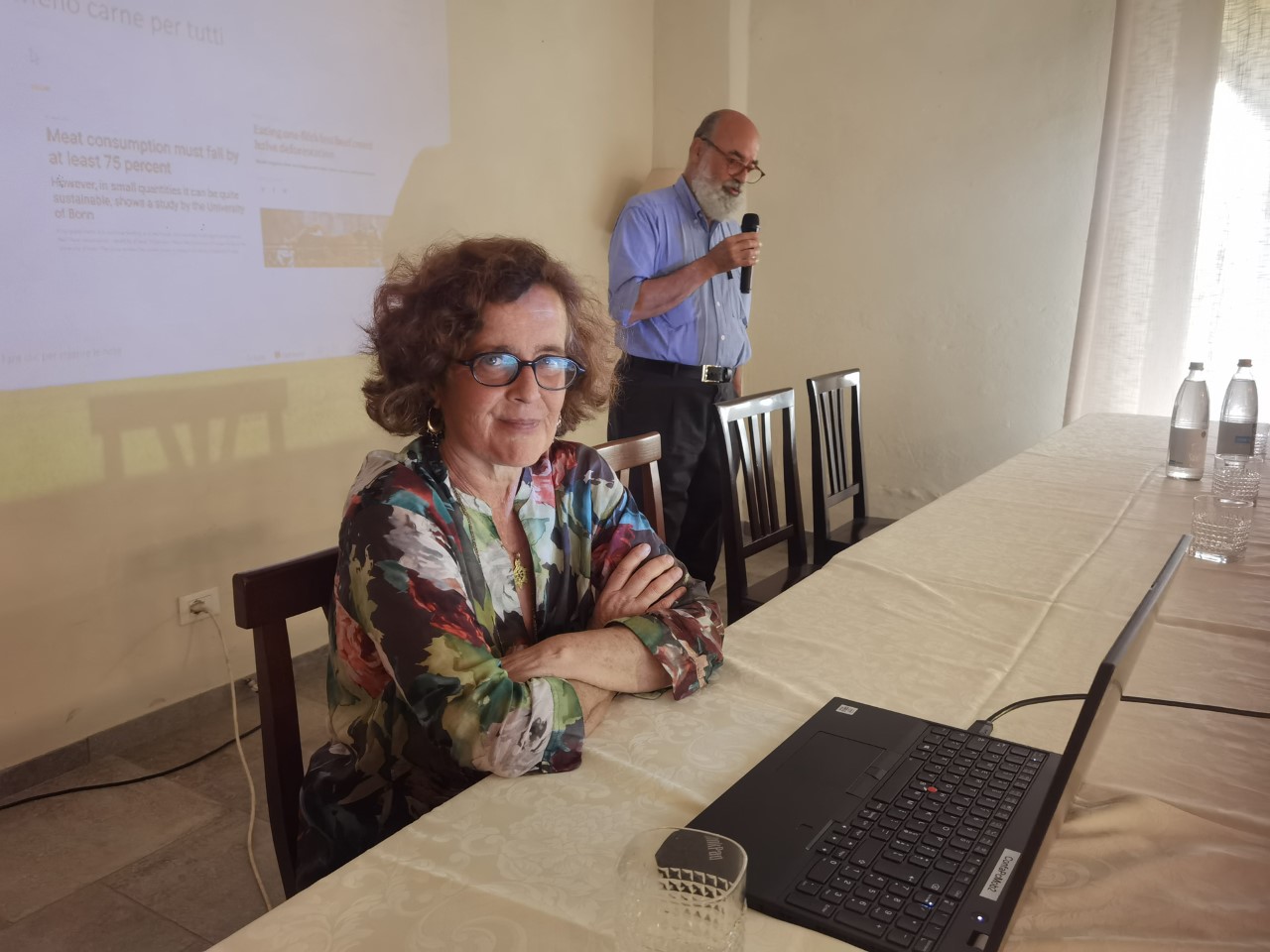